Just added to your cart

Top 10 Most Expensive Dogs in the world

Man’s best friend…. like luxuries items is coming with a price tag. Many high expensive dog owners say that they do not regret that and their dogs are priceless treasures. Many owners prefer a particular breed over others regardless of the cost comes with owning the breeds. 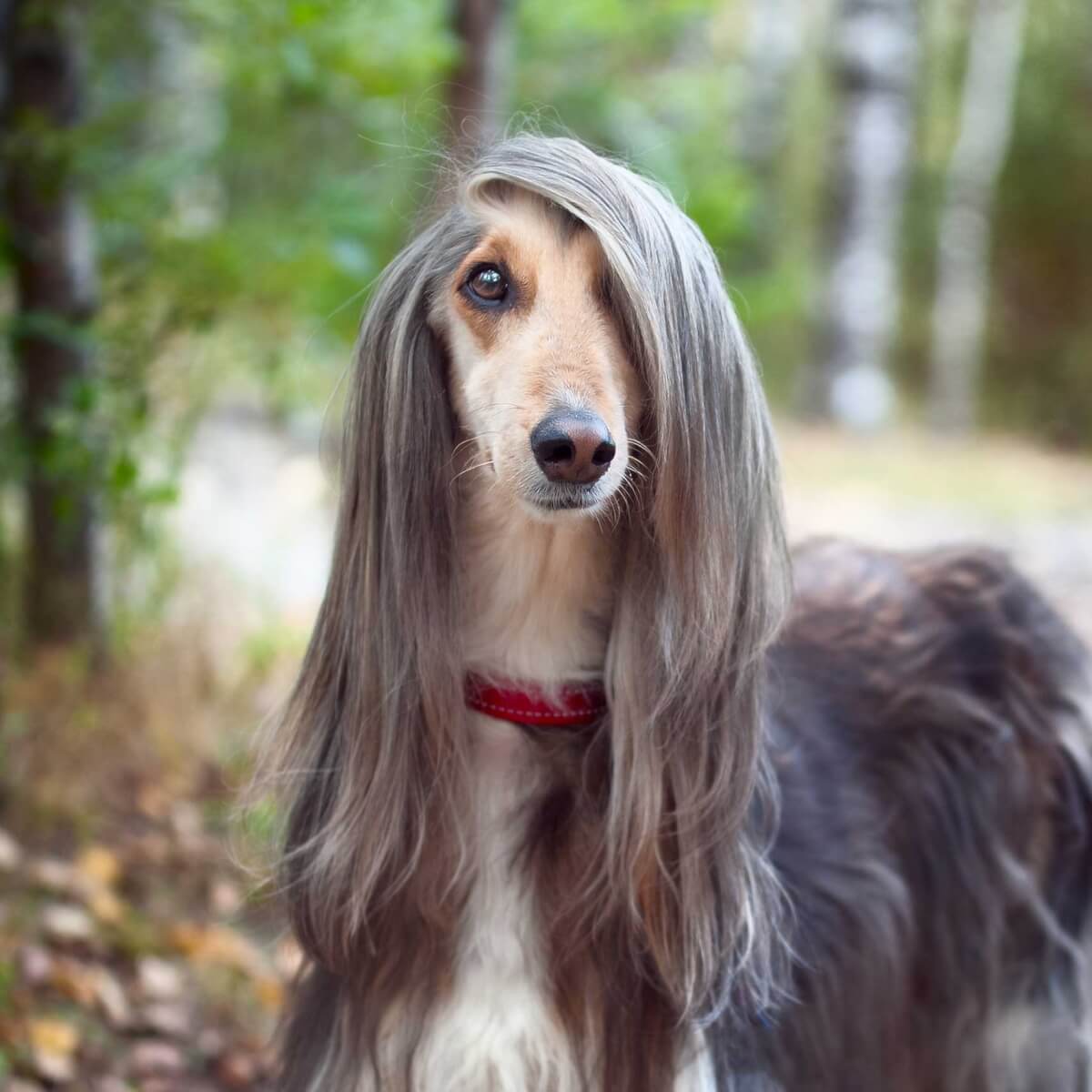 The Afghan hound originated in the cold mountains of Afghanistan. With their unique buildup, gorgeous fur coat and curled up tail, no wonder Afghan Hounds are considered as one of the most beautiful dog breed out there.

The Afghan hound can be a successful in competitions as their ability to manure is high. They are also capable of being good therapy dogs and companions. One limitation in them is that they have slow obedience intelligence; requiring more than 80 repetitions to understand a new command and obeying on the first command less than 25% of the time making them one of the least obedient dog breed. But who can blame them, they are majestic enough to not listen to anyone. 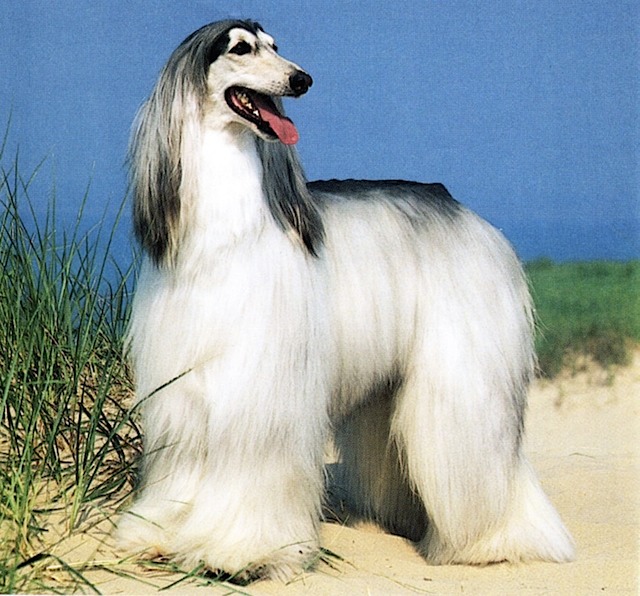 The Afghan hounds long hair needs to be maintained by daily brushing to avoid tangles. Majority  that this breed is descended from one of the ancient Egyptian hunting dogs called Tesem based on the similarities between the who breeds backed by the well documented images of dogs and descriptive writings found on the walls of ancient Egyptian tombs, giving them a mysterious origin and high price tag. 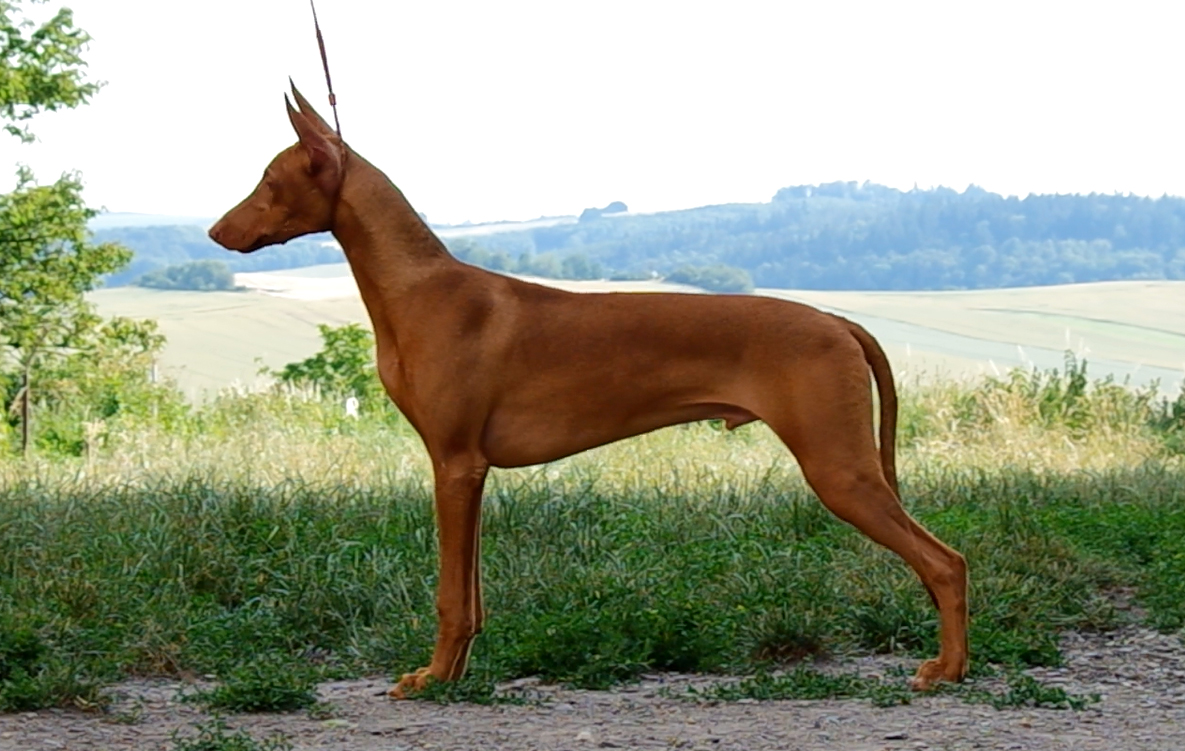 The Pharaoh Hound appears both graceful and athletic. Its build is one of strength without bulkiness or excessive musculature and tends to weigh up to 45-55 pounds on average. Pharaoh Hounds make great hunting dogs. Also you'll need a fence that's too high for him to climb or jump, preferably solid so he can't see the squirrels or cats on the other side as these dogs got a strong prey drive. 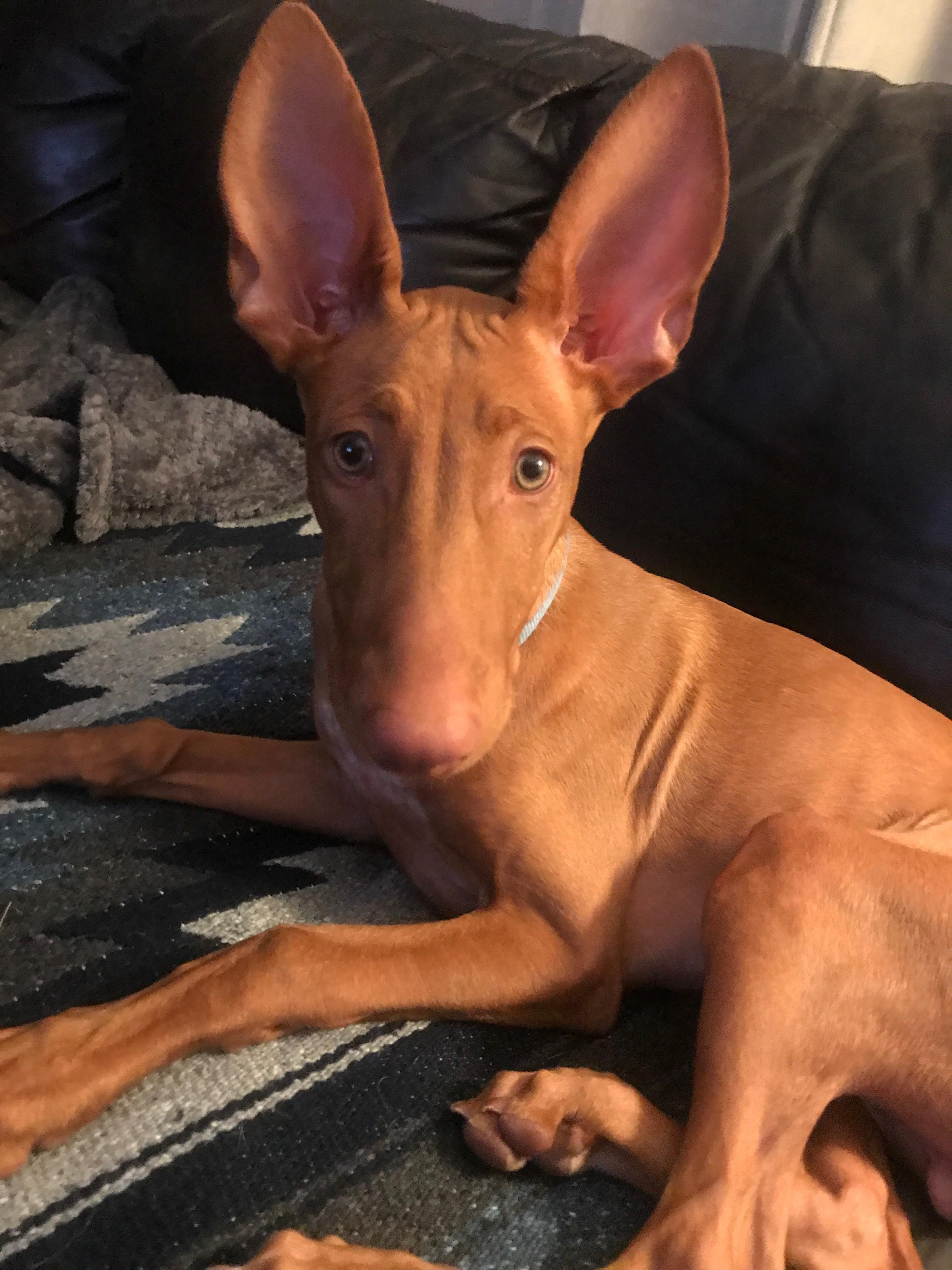 The breed has an average life expectancy of 11-14 years. 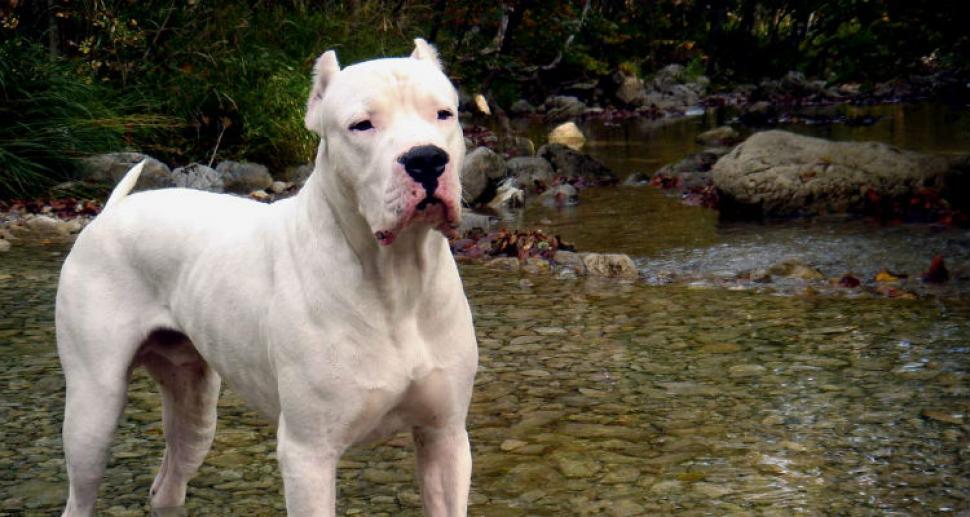 The Dogo Argentino is a muscular, large dog with white furr and has black spots on his skin. They are a powerful dog breed that was originated in Argentina for Hunting purposes.

This breed is can be trained to be good hunters, service dogs and can also be trained for search and rescue, police assistance.

This breed's strength requires a firm, active trainer who is well experienced in training big dogs, they also need to be kept under strict boundaries. A tall, strong fence for the yard is needed as Dogo Argentino's high hunting drive can lead them to chase small animals, cats and other dogs, but they can be trained to socialize with other animels. Dogo Argentinos needs to stay active, or they may become bored and prone to destructive behavior. So taking them for a walk, playing with them will be a daily task. No worries, with the right training and a loving home, Dogo Argentino will make a courageous and dedicated family companion, as well as an excellent loyal watchdog.

Because they are used in dog fighting rings, Dogo Argentinos have been deemed dangerous and banned in several countries, including Australia, the Cayman Islands, Denmark, Fiji, Iceland, Singapore, and Ukraine. In the United Kingdom, it is illegal to own one without lawful authority.

The breed has an average life expectancy of 9-15 years, 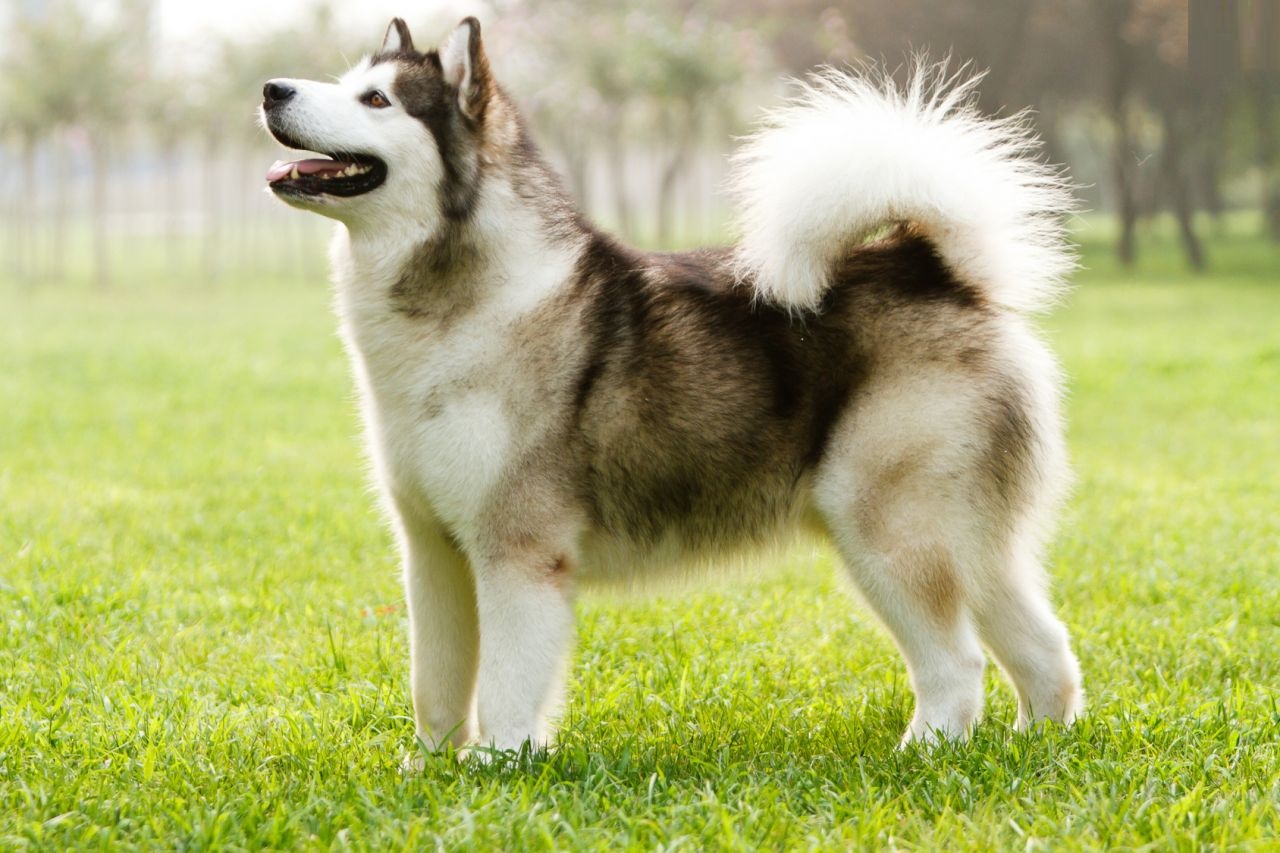 The Canadian Eskimo dog is one of the rarest breeds in the world and is currently facing extinction with less than 300 dogs remaining in 2018 making them to the list most expensive dog breeds being rare.

The Canadian Eskimo Dog has an imposing appearance and is powerfully built and athletic.

Their numbers decreased mainly due to the invention of the snowmobile and the Royal Canadian Mounted Police (RCMP) dog killings of 1950-1970. The Canadian Police killed up to 20,000 Canadian Eskimo Dogs to intentionally disrupt the dog’s way of living, and the breed has never recovered.

Canadian Eskimo Dogs need a lot of physical exercise. They cannot just be walked daily and be done with it, they need higher intensity work, requiring special training and workouts than other dogs making them more suitable for intensive dog sports. They are very obedient, very intelligent and easy to train. The breed is best kept in a cold climate, and is prone to heatstroke in warm weather. Its fur needs to be brushed only one or two times a week.

The average lifespan of the Canadian Eskimo Dog is generally between 10 and 15 years.

Surprised that this dog made it to the 6th. Here is why, Rottweilers are not crazy expensive to buy ($1,200), but they are every expensive to take care of due to health issues. Rottweiler owners can expect to pay more than $300 annually on their pet insurance and even more for a claim.

Rottweilers were initially bred in Germany to drive cattle to market. Later they were used to pull carts for butchers. They were also among the earliest war dogs and serve with honor in the military. Rottweilers have a natural instinct to protect their families and can be ferocious in their defense. Rottweilers require a couple of 10- to 20-minute walks or playtimes daily. This breed is highly trainable but can be stubborn. He might be willful at times, with a "Show me why I should do this" attitude. The breed is extremely susceptible to almost every single disease or condition for dogs, especially hip and joint issues, which is why their pet insurance claims are the highest among any other breed.

A Rottweiler is a homebody, but he requires a high fenced yard not only to protect him from traffic but also because he can be aggressive toward other dogs and strangers who come onto his property. An underground electronic fence can't keep your Rottie in your yard if he really wants to get out. Put up a sign advising strangers and non-family members not to come onto your property without your escort.

Their lifespan is also significantly lower than other dogs at only 8-10 years. However, they’re considered a great family pet because of their loyalty and obedience to their owners. He is also a very loyal watchdog. 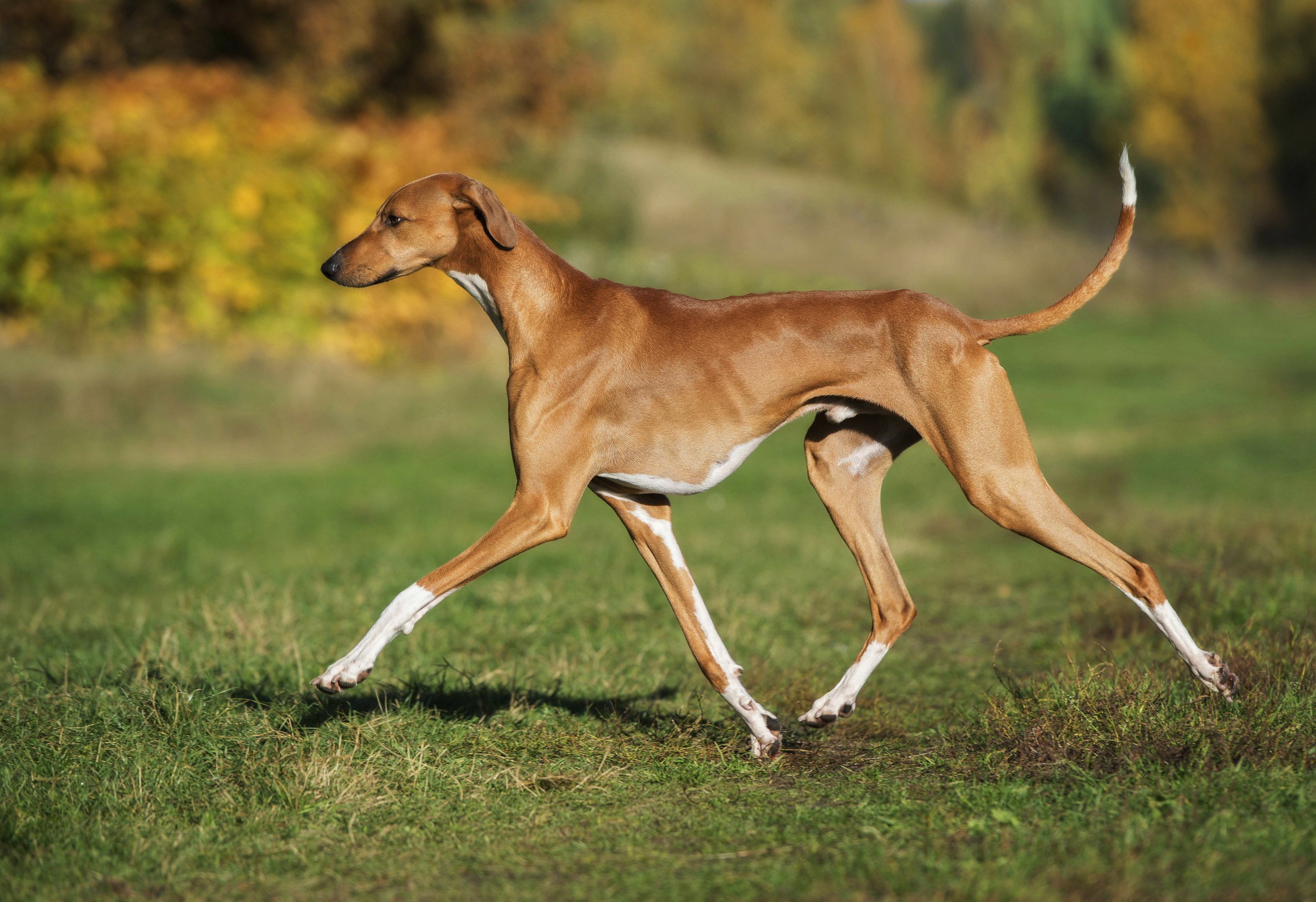 Azawakh originated from West Africa. They were mainly used for hunting purposes. As one of the newest breeds in 2019, the Azawakh is also one of the most expensive. Who can blame it, why are magnificent dogs with a unique and elegant look.

Azawakh need fairly high levels of exercise and should have regular runs off lead in large enclosed areas to run off steam. The dogs are very social and emotional making them a great companions. They develops an intense and strong bond with its owner. They are also gentle and extremely affectionate. With strangers many are reserved and prefer not to be touched, but are not inherently aggressive. Although raised to guard against predators, they do not have innate aggression toward canines or humans unless they are threatened. They are excellent training companions for runners and are nearly impervious to heat. Tibetan Mastiff is a huge dog which can reach heights up to 83 cm.  They are considered as a primitive breed. It typically retains the hardiness which would be required for it to survive in Tibet and the high-altitude Himalayan range, including the northern part of Nepal, India and Bhutan. This breed made its way to Americans from Tibet where it protected sheep from predators like wolves, leopards, and bears.

They have very dense fur, making them very suitable for cold weather. The breed also has an unusual blue-black/purple tongue.

They can be fiercely protective of their owners and property. Chow-Chow are not excessively active, and they can be housed in an apartment. However, they will need daily exercise to prevent restlessness and boredom.

As a socialized, more domestic dog, it can thrive in a spacious, fenced yard with a canine companion, but it is generally not an appropriate dog for apartment living. While they were initially used as guardians and protectors, they became too expensive for their owners to maintain and they slowly began to vanish. The breed is very alert and will protect your family at a moment’s notice.

Many breeders claim a life expectancy of 10–16 years, 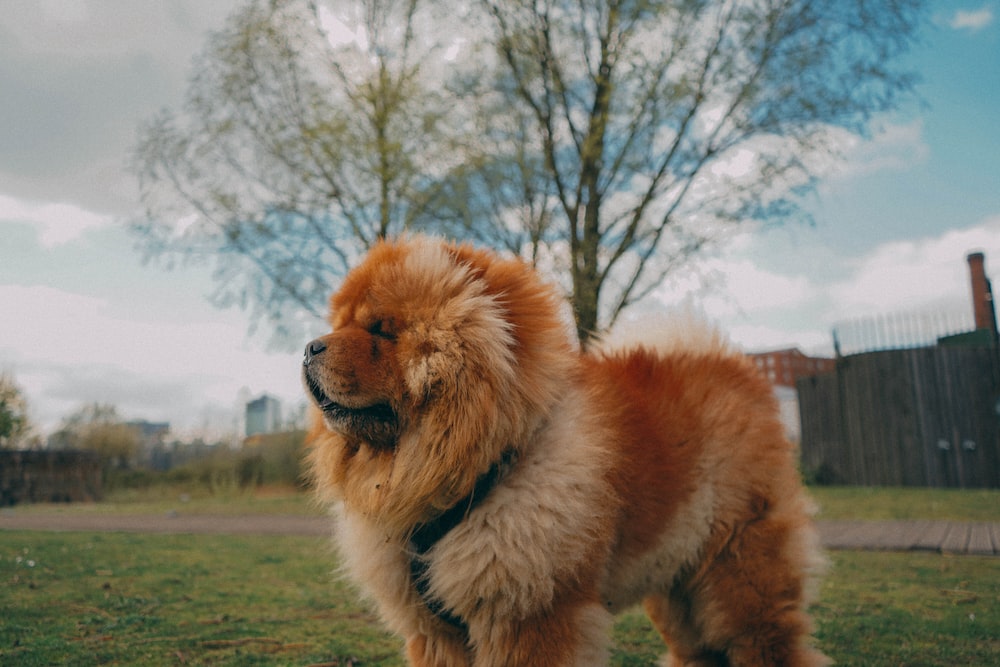 The dog itself is expensive to buy due to being rare, but the costs to own a Chow Chow don’t stop there. You’ll rack up the bills for food, treats, vet bills, grooming, and health issues, which can total around $11,000 for their life. 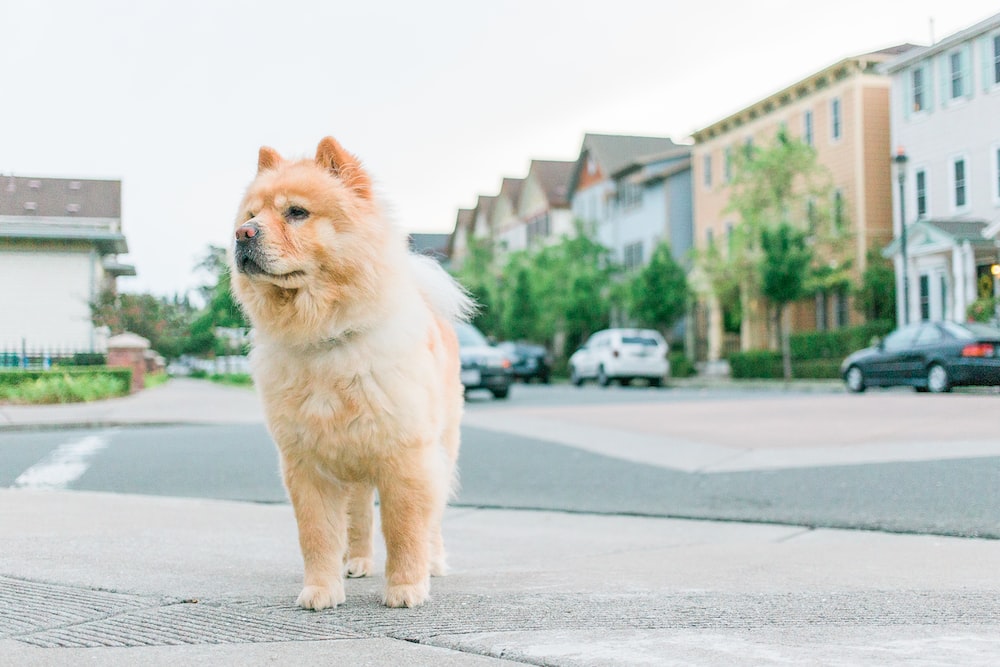 Photo by Aaron Conklin on Unsplash

They require a decent amount of regular exercise, such as four or more walks per day. Due to their strong hunting instincts, it is recommended that these dogs stay fenced, leashed, and away from cats and small dogs. Chow-Chows become very stubborn and attach to certain individuals as they age. This makes training them when they are puppies crucial, because they gain respect for those who care for them.

The life expectancy is 8-12 years but can be increased with proper care. 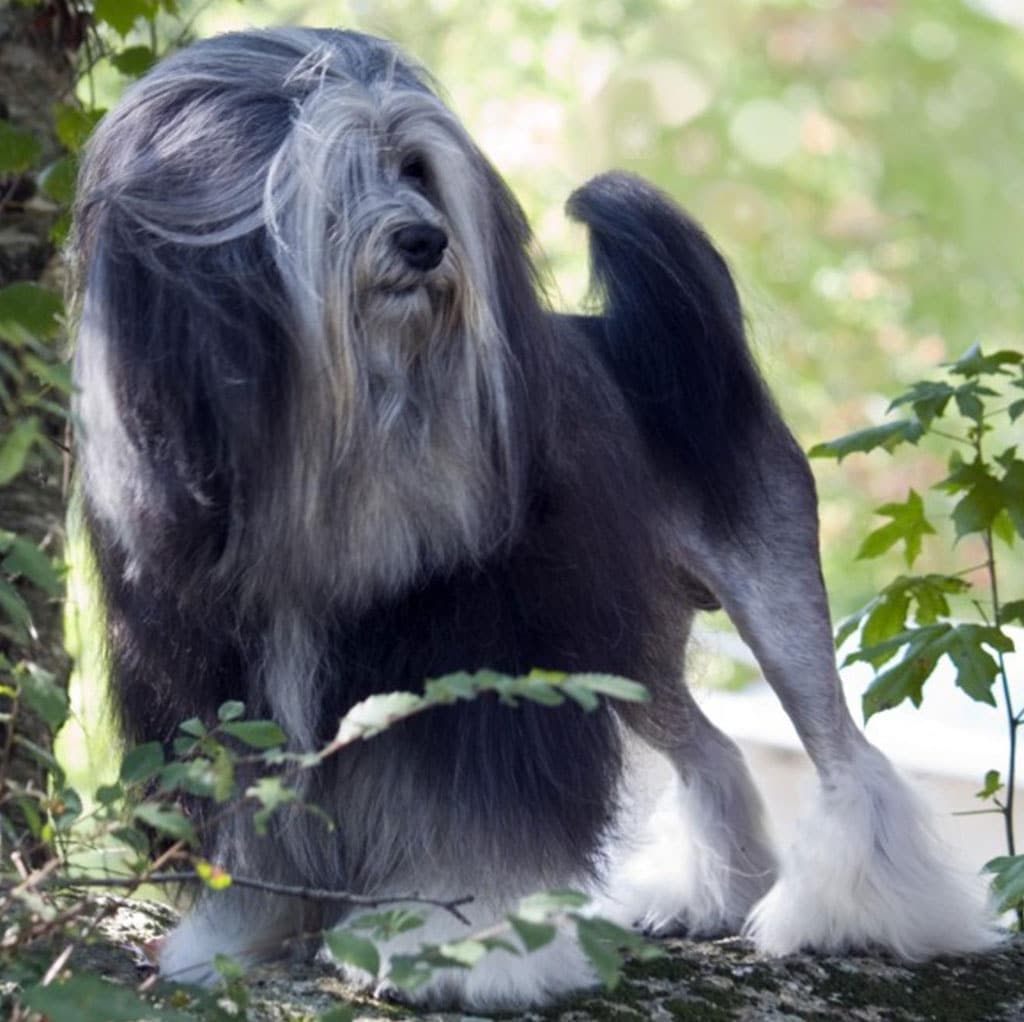 Also known as the “little lion dog,” is a small breed. Originated from France, they can be groomed to have a very fashionable look. They are a very cute dog breed who are friendly and loving to both humans and animals. Currently there are only 300 remaining dogs in the world making them a very rare breed. 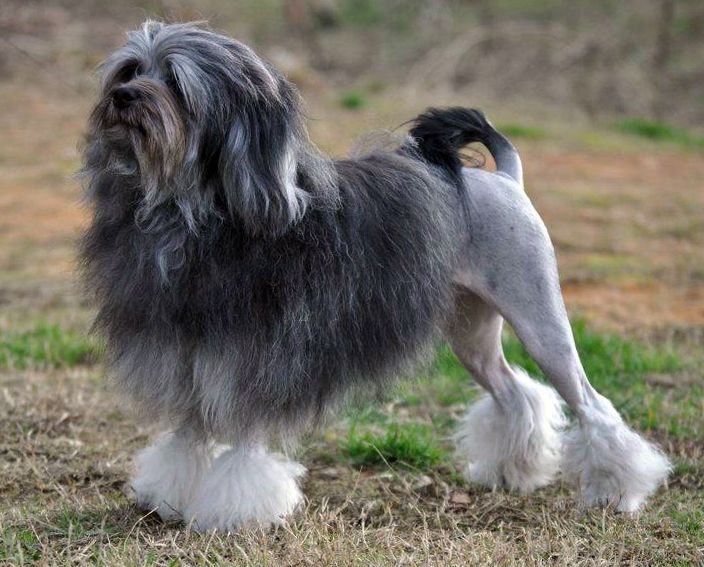 Löwchens are very active and playful which makes them perfect for families and children. They crave for human affection and will become your loyal and adorable pet.

These little dogs are surprisingly healthy, so you won’t go into debt paying for their health issues, but the problem is the upfront cost of the pup. Photo by Lui Peng on Unsplash

Coming in at the #1 overall spot for the most expensive dog in the world is the Samoyed originating from Siberia. Samoyeds were originally used for hunting, herding reindeer, and hauling sledges for the Samoyed people in Siberia. This lovely breed is known for its adorable look, kind and loving nature, and eagerness to please their owners. 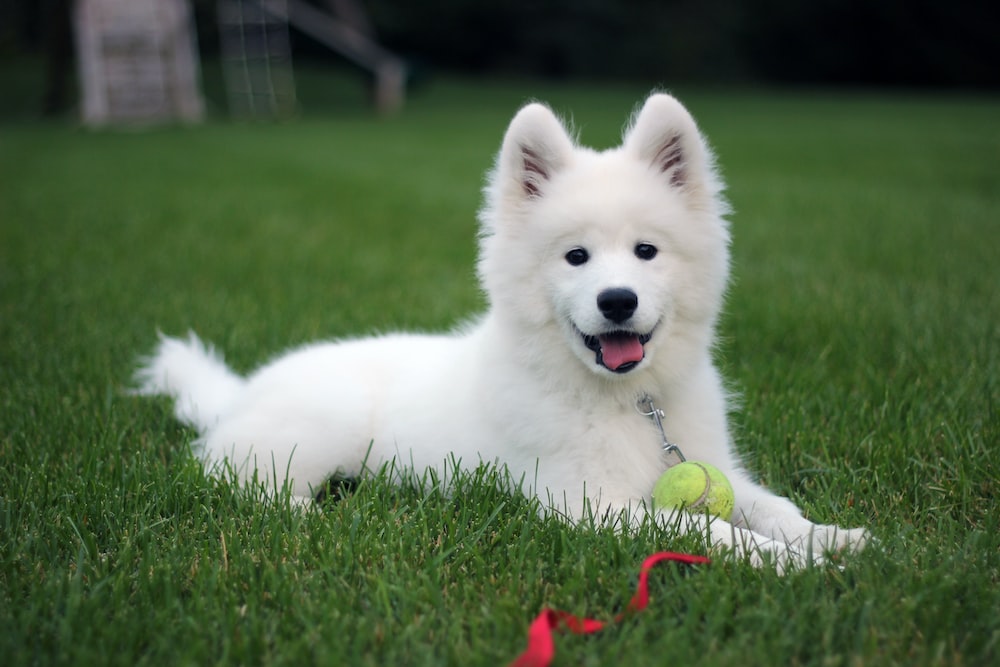 Photo by Harold Dixon on Unsplash

They’re also brilliant, playful, social, and mischievous dogs that always demand attention, making them perfect for families and children. Samoyeds' friendly and affable disposition makes them poor guard dogs; an aggressive Samoyed is rare. The breed is characterized by an alert and happy expression which has earned the nicknames "Sammie smile" and "smiley dog." Photo by Sveta Golovina on Unsplash

Their medical bills can be very high.

Life expectancy for the breed is about 12–13 years.